The Third Angel’s Message & Our Health

The book of Revelation is located at the very end of the Bible. Unfortunately many Christians miss to read it, or read it but do not study it for understanding. Like the name indicates, this book reveals many things to its readers. This revelation is from Jesus Christ himself (Revelation 1:1) and therefore should be studied, not ignored.

“And the third angel followed them, saying with a loud voice: If any man worship the beast and his image, and receive his mark in his forehead, or in his hand. The same shall drink of the wine of the wrath of God, which is poured out without mixture into the cup of his indignation. He shall be tormented with fire and brimstone in the presence of the holy angels, and in the presence of the Lamb. The smoke of their torment ascends up for ever and ever: they have no rest day nor night who worship the beast and his image. Whosoever receives the mark of his name. Here is the patience of the saints: here are they that keep the commandments of God, and the faith of Jesus.” – Revelation 14:9-12

What is the mark of the beast?

The mark of the beast is a mark from the Papal beast that was to “make war,” and “wear out the saints of the Most High”. Remember that the Bible is talking about a power here, not about people. This website is a great source of information to help aid your Bible study: www.amazingfacts.org. When you will be on the website click on the magnifying glass symbol and type “the mark of the beast”. Approaching the end of earth history two different groups will be formed: those who “worship the beast and his image” and “they that keep the commandments of God, and the faith of Jesus”. The Bible tells us that even if God’s people are oppressed in the last days, they are patient and wait for the coming of Jesus, and are sealed with the seal of God.

“And I saw another angel ascending from the east, having the seal of the living God. He cried with a loud voice to the four angels, to whom it was given to hurt the earth and the sea, saying: Hurt not the earth, neither the sea, nor the trees, till we have sealed the servants of our God in their foreheads.” – Revelation 7:2-3

Catholic catechism says: “Question: Have you any other way of proving that the Church has power to institute festivals of precept? Answer: Had she, not such power, she could not have done that in which all modern religionists agree with her—she could not have substituted the observance of Sunday, the first day of the week, for the observance of Saturday the seventh day, a change for which there is no Scriptural authority.” – Stephen Keenan, A Doctrinal Catechism [FRS No. 7.], (3rd American ed., rev.: New York, Edward Dunigan & Bro., 1876), p. 174.

The papacy confirmed that it changed the Sabbath from Saturday to Sunday. Therefore, it claims that Sunday is a holy day and is the mark, or symbol, of her power and authority. Daniel 7:25 predicted this:

Just as Cain killed Abel, it will also be at the end of times. Two groups of Christians will form and one will persecute the other. We can see the similarities between Daniel 3 and Revelation 13 “those who do not pray to the image shall be killed”. 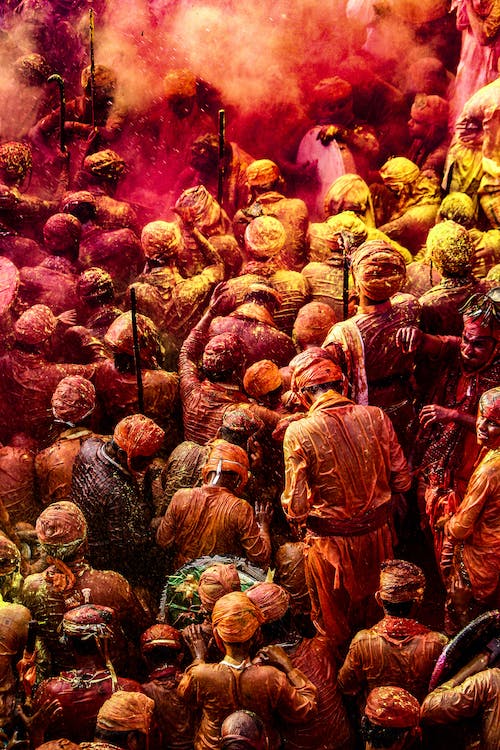 In the Bible, we can find many verses that explain what the seal of God is. For example:

“I also gave them My Sabbaths, to be a sign between them and Me, that they might know that I am the Lord who sanctifies them” – Ezekiel 20:12

“He received the sign of circumcision, a seal of the righteousness of the faith which he had while still uncircumcised. So that he might be the father of all those who believe, though they are uncircumcised, that righteousness might be imputed to them also” – Romans 4:11

Also, a seal (such as a seal on an important contract or other important legal instruments) is linked to a law. It shows the lawgiver’s name, title, and territory. In God’s law, only one commandment contains the seal of God: the 4th commandment. It reads:

The name is “God”, the title is “creator”, and the territory is “heaven and earth”. While many Christians today believe that we don’t have to keep the Sabbath anymore today, there is not one word in the Bible saying so. When Jesus came he said:

There is not one verse or word in the Bible saying that Jesus abolished the law of the Sabbath day. Nor does it say that the Sabbath day was changed from Saturday to Sunday. We also know that the word of the Bible is his words:

“And the Word was made flesh, and dwelt among us, and we beheld his glory. The glory as of the only begotten of the Father, full of grace and truth” – John 1:14. Jesus gave the ten commandments on mount Sanai. Moreover, after Jesus death and resurrection, his disciples kept the Sabbath as well:

All the commandments are important.

“Whosoever shall keep the whole law, and yet offend in one point, he is guilty of all”- James 2:10

God said “Remember the Sabbath day to keep it holy” because He knew that it would be forgotten by many. The Sabbath is a blessing. And in the last days (present-day), remembering it and keeping it holy is even more a blessing.

“Blessed are they that do his commandments, that they may have right to the tree of life” – Revelation 22:14

Taking Care of Our Health Helps Our Resistance

Taking care of ourselves plays a major role in our preparation to resist the mark of the beast.

There are so many stories in the Bible that link diet and falling into sin. Our first parents, Adam and Eve, lost Eden because of their intemperate desire. The devil also tempted Jesus to transform stones into bread during his 40-day fast. He said:

“It is written, Man shall not live by bread alone, but by every word that proceeds out of the mouth of God.” – Matthew 4:4. An angel appeared to the mother of Samson (before she was pregnant of him) who was barren and told her:

“Thou shalt conceive, and bear a son. Now therefore beware, I pray thee. Drink not wine nor strong drink. Eat not any unclean thing.” – Judges 13:3-4

And let’s not forget the story of Daniel. Daniel refused to eat the King’s meat and drink his wine. God favored him because he had a clear mind (read more from the last post).

We Must Resist Temptation

As we saw in Temperance, eating the wrong food, or having other unhealthy habits can affect our intellect. Our thoughts and actions are subject to impairment. Therefore it is harder to resist temptation, to discern right from wrong, and it is easier to break God’s commandments. It is through the mind that the devil tempts us and that God saves us. We also know that in the last days, even the very elect will be deceived.

“For there shall arise false Christs, and false prophets, and shall shew great signs and wonders; insomuch that, if it were possible, they shall deceive the very elect.”
– Matthew 24:24

And more than ever before we will need God’s spirit. (Read more about the Holy Spirit here.)

“What? Know ye not that your body is the temple of the Holy Ghost which is in you, which ye have of God, and ye are not your own? For ye are bought with a price. Glorify God in your body, and in your spirit, which are God’s.” – 1 Corinthians 6:19-20

to All The Bible Diet E-books & E-documents