You might realize that to wash a car you need an average of 65 gallons of water. To produce 1 gallon of milk, 683
gallons of water are needed for growing 6lb alfalfa. This requires too much irrigation.

The fertilizer from feed crops sends nitrogen & phosphorus into the rivers. As a result, algae overgrow, killing other creatures. For example, we can mention the “Dead zone”, a very polluted zone in the Mississippi that is
as big as the state of New Jersey. 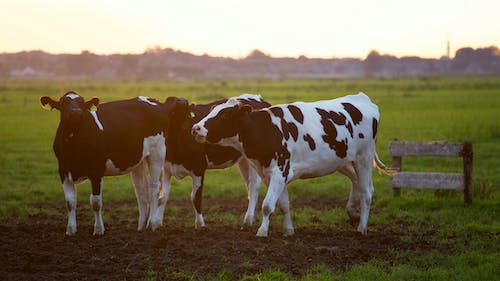 (Also, the concentration of excrement is a threat to the environment and to human health!)

Producers don’t want calf to drink their mother’s milk (for milk production reasons) so they are separated from their mom as soon as possible at their birth. But we know that there is no greater bond between a mom and her baby. And the industry breaks this bound. Meanwhile, female cows are dehorned without anesthesia. 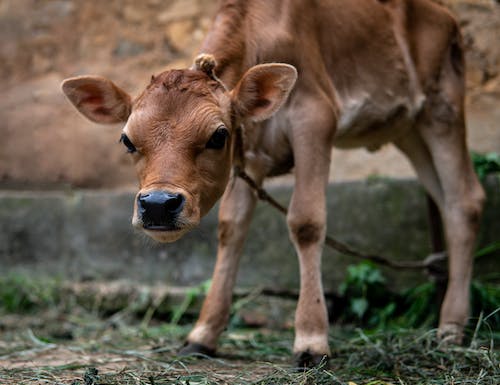 Millions of newborn baby chicks are killed every single day because of the egg industry. In the US alone, more than 260 million are killed every year. At the hatcheries, male chicks are sorted and killed because they will never lay eggs and are not the breed sold for meat. Meat chicken breeds are genetically manipulated to grow much more breast muscle and flesh. Therefore, are considered worthless to the egg industry.

Today, hens are genetically manipulated and breed to produce 200 to 350 eggs per year. However, naturally hens only lay about 12 to 15 eggs per year. Producing an egg can be a painful process for a hen. And because they lack calcium in order to consistently produce eggshells, these hens also often suffer from broken bones and osteoporosis.

Lancaster Farming Journal states: “for yearly egg production, a hen will use a quantity of calcium that is greater than her entire skeleton by 30 fold or more”. Hens also often suffer from infections from eggs broken into their bodies, and from ovarian cancers. 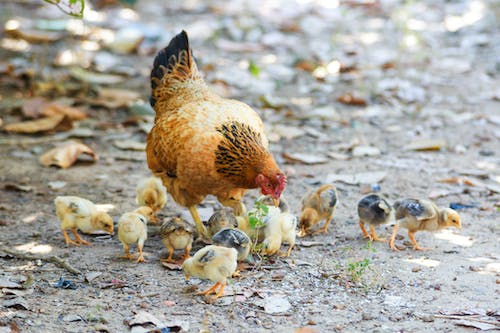 All of these environmental and ethical consequences come at a price.

So does God cares about animal life?

It was not in God’s plan that any creatures perish. In the garden of Eden there was no death. All creatures used to live in peace and happiness. But disobedience from Adam and Eve brought a curse upon the earth. Some animals started to attack and eat each other. As the years passed and man’s wickedness increased, man also started to eat animal flesh.

Even if God cares about all his creatures, some times in history, God gave men permission to eat clean animals because of certain circumstances and because He values human life above the life of animals:

“Behold the fowls of the air: for they sow not, neither do they reap, nor gather into barns; yet your heavenly Father feedeth them. Are ye not much better than they?” – 1 John 4:19

“And God said, Let us make man in our image, after our likeness: and let them have dominion over the fish of the
sea, and over the fowl of the air, and over the cattle, and over all the earth, and over every creeping thing that creepeth upon the earth.” – Genesis 1:26-28

“Who teacheth us more than the beasts of the earth, and maketh us wiser
than the fowls of heaven?” – Job 35:11

“Thou madest him to have dominion over the works of thy hands; thou hast put all [things] under his feet: All sheep and oxen, yea, and the beasts of the field; The fowl of the air, and the fish of the sea, and whatsoever passeth through the paths of the seas.
O LORD our Lord, how excellent [is] thy name in all the earth!” – Psalms 8:6-9

Clearly, God puts human beings above other creatures on earth, as evident in these verses. But we can also read that God cares so much about animal lives as well, and right now He is grieved by the conditions many of them are treated in.

Adam and Eve who disobeyed God. As a result, the animal’s poor conditions and mistreatment began. As consequence, a curse was brought upon all creatures. We can read in Genesis 3:14 that the serpent has been cursed above all the other animals. In other words, all the other animals are also under the curse: “And the Lord God said unto the serpent, Because thou hast done this, thou art cursed above all cattle, and above every beast of the field”.

God loves animals. But He wants us to be mindful of the environmental and ethical consequences to their production.

“A righteous man regardeth the life of his beast: but the tender mercies
of the wicked are cruel.” – Proverbs 12:10

“Be thou diligent to know the state of thy flocks, and look well to thy herds.” – Proverbs 27:23

“And God said, Let the waters bring forth abundantly the moving creature that hath life, and fowl that may fly above the earth in the open firmament of heaven.” – Genesis  1:20-21

“The wolf and the lamb shall feed together, and the lion shall eat straw like the bullock: and dust shall be the serpent’s meat. They shall not hurt nor destroy in all my holy mountain, saith the LORD.” – Isaiah 65:25

“But ask now the beasts, and they shall teach thee; and the fowls of the air, and they shall tell thee: Or speak to the earth, and it shall teach thee: and the fishes of the sea shall declare unto thee. Who knoweth not in all these that the hand of the LORD hath wrought this? In whose hand [is] the soul of every living thing, and the breath of all mankind.” -Job 12:7-10

In fact, judgement will come upon those who destroy the earth:

“And the nations were angry, and thy wrath is come, and the time of the dead, that they should be judged, and that thou shouldest give reward unto thy servants the prophets, and to the saints, and them that fear thy name, small and great; and shouldest destroy them which destroy the earth.” – Revelation 11:18

In conclusion, there are numerous environmental and ethical consequences to animal product production.